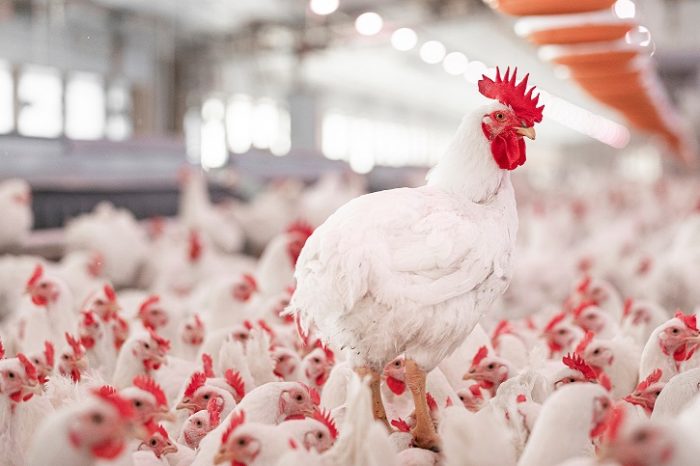 on: May, 2020In: Clients, Poultry & LivestockNo Comments
Print Email

Metabolic functions of vitamins and trace minerals are closely related, and it is well known that a deficiency of one can interfere with the utilisation of the other and vice versa. These types of nutrient interrelationships are complex. Aside from several vitamin-mineral synergisms (think of the beneficial relationship between vitamin E and selenium), there is also the opportunity for vitamin-mineral antagonism (for example, excessive intake of copper can lead to a vitamin C deficiency). Antagonistic relationships are less known than synergistic effects but can have detrimental effects on animal health and performance. Excessive intake of a single vitamin or trace mineral can lead to disturbances by either creating a deficiency or over-retention (toxicity) of another (Watts 1990).

Nutritionally induced deficiencies of specific vitamins and/or trace minerals are not uncommon and are usually brought about by overfortification. Overfortification of a single nutrient can potentially interfere with the utilisation of another nutrient, thus becoming an “antivitamin” or “antimineral”.

The tendency to over-formulate, especially when it comes to trace minerals, is rooted in the fact that the industry still widely relies on inorganic sources of these essential nutrients. Inorganic trace minerals are known to be less available, and even though we rarely see severe signs of deficiencies, marginal deficiencies due to antagonistic interactions and/or low availability of inorganic trace minerals are often reflected in poor intake, growth and performance. This can add up to substantial economic losses. Marginal deficiencies also tend to become more pronounced in situations that demand higher production, or when the animals are under stress.

Furthermore, it is well documented that when inorganic trace minerals are included within the vitamin/mineral premix, it can have a significant adverse effect on vitamin stability.

According to Coelho (2010), vitamins are quite sensitive to their physical and chemical environment, with oxidation-reduction reactions due to contact with trace minerals being the predominant cause of vitamin instability (Fenton type oxidising reactions). The type of trace mineral can have a significant effect on vitamin stability. Free metal ions, sulphates, carbonates and oxides (the primary forms of inorganic trace minerals used) are the most reactive, while chelates (a classification of organic trace minerals) are the least responsive. Therefore, the current practice of overfortification with inorganic trace minerals can inadvertently have a negative effect on vitamin stability and, thus, negatively impact animal health and performance indirectly. In order to overcompensate for vitamin instability, nutritionists often supplement with even higher levels of vitamins, which typically account for the variance between requirements and commercial recommendations we usually see in poultry diets. This approach is not only inefficient and costly but can be detrimental to animal health and the environment as well.

In a study by the University of Kentucky, broilers were fed organic trace minerals at levels 75% lower than commercial levels for inorganics. These birds reached a desirable market weight in the standard six-week period and were in good overall health, even though they were fed only one-quarter of the mineral ration of their inorganic-fed counterparts (Ao et al​., 2009). These relative concentrations are below those traditionally recognised as necessary for meeting the birds’ requirements and emphasise the trend of unnecessary and unjustified overfortification when it comes to commercial poultry diets.

Other well-documented benefits of Bioplex trace mineral supplementation and the TRT approach are optimised growth, feed conversion ratio and meat quality in broilers, as well as improved egg production and eggshell quality in layers.

Bioplex minerals, at these lower recommended levels, thus offer poultry producers a more efficient approach that can maximise utilisation of vitamins in the diet. They also supply the animal with trace minerals in a form and at levels that are safe for the animal, the environment and are, ultimately, in the best interest of the consumer.